The Montana Human Rights Network is seriously concerned about the increased risk for violence by armed paramilitary militia activists who are showing up at otherwise peaceful protests in Montana and other rural communities, especially across the West. 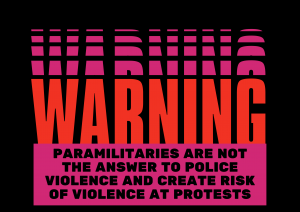 The nation, including Montana, is having a serious and challenging conversation about institutional racism, but paramilitaries are not the answer to police violence because they are not accountable to elected officials and community members.

These militia mobs are using these events as training and recruitment opportunities. In the situations they are creating the threat of violence is real. If one person gets offended and they have their finger on the trigger – or a car backfires nearby — dangerous situation could erupt quickly. 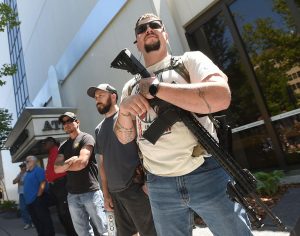 “Inclusive democracy doesn’t happen at the barrel of a gun. Our local and state leaders need to publicly rejecting the presence of armed paramilitaries at peaceful anti-racist protests held in their communities.” said, Rachel Carroll Rivas, co-director at the Network.

The Network has been monitoring hate activity in the state for over two decades. Tracking of hate activity is part of the Network’s efforts to better understand what is happening on the ground in Montana and offer a response and alternative that focuses on our common humanity and human rights.

The public can report militia activity and other discriminatory activity at  www.mhrn.org/reportingform and a quick button is located at the top of the homepage at www.mhrn.org