The Espinoza lawsuit out of Montana deals with public dollars going to private religious schools and was heard recently by the U.S. Supreme Court. The case is about both church-state separation and whether public funds should go to schools with discriminatory policies, especially when it comes to the LGBTQ community.

The media has reported on the role that the Montana Family Foundation has played in making Espinoza happen. Now a new article reveals that a foundation funding the lawsuit, the Robert P. Rotella Foundation, has also financially supported white nationalist Richard Spencer and his National Policy Institute.

“Montanans can just follow the money and to see this overlap between those trying to undermine public education and those seeking to create a white ethno-state. Both white nationalists and Christian theocrats are constantly attacking our democratic institutions and trying to redefine who gets to be full members of our communities. The Robert P. Rotella Foundation was funding multiple entities attacking basic rights in our state. Efforts to isolate and exclude certain people from our communities cannot go unchallenged. Montanans have long supported public education. Our own courts have upheld that right. The court of public opinion should be validated by this report that those behind efforts to undermine public education and bring religion into our government have nefarious purposes.”

Richard Spencer, who lives in Montana, coined the white nationalist term “alt-right” and has served as an intellectual leader for this racist and anti-Semitic movement. White nationalists seek to enshrine white supremacy and white dominance. This movement includes groups traditionally labeled as white supremacist, like the Ku Klux Klan, along with other entities that prefer to use mainstream politics and academic-sounding language instead of overt slurs and race-based violence. 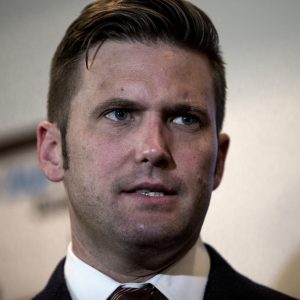 Spencer played a central role in getting white nationalists to engage during the last presidential election cycle, and that activism continued into advocating for policies pursued by the current administration. Following the election of President Trump, Spencer ended a speech at a National Policy Institute gathering by saying, “Hail Trump, hail our people, hail victory!” Some members of the audience responded by standing and giving stiff-armed Nazi salutes. Spencer has advocated for creating an ethno-state in North America for white people through an oxymoron he’s called “peaceful ethnic cleansing.” He repeatedly denigrates people of color for not being as advanced as people of European heritage (by which he means white people).

While Spencer is frequently called an “academic racist” because he likes to couch his offensive ideology behind philosophical ramblings in public, his private rants show what he really thinks. Following the deadly white nationalist rally in Charlottesville in 2017, Spencer was caught on tape. Seething, he said, “They [Jewish people and people of color] get ruled by people like me.” He repeated the statement multiple times while using racial slurs for people of color and the Jewish community. “They look up and see a face like mine looking down at them,” he raged. “That’s how the [expletive] world works.” While his star has fallen some over the last year, he’s still a noteworthy and notorious figure of the white nationalist movement.