Rep. Rodney Garcia (R-Billings) made national and international headlines recently when he claimed the U.S. Constitution allows socialists to be jailed and shot. He made the remarks at the Montana Republican Party Winter Kickoff, where the keynote speaker was former Interior Secretary and Congressman Ryan Zinke. When Garcia made his disturbing comments, Zinke responded, “You know, Montana’s a great state.” 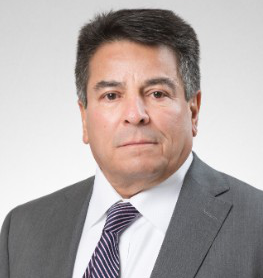 When a reporter asked for clarification, Garcia doubled down on the assertion, but he couldn’t identify where the Constitution contained such language. There’s a reason for that: The Constitution includes no such clause. In fact, it contains protections for people to ascribe to any political beliefs they want.

Anthony Johnstone, a law professor at the University of Montana, affirmed as much. He told The Washington Post that “nothing in the Constitution of the United States authorizes the government to punish socialists or anyone else on the basis of their political beliefs.” In fact, he said the First Amendment prohibits punishing political speech, and the Montana Constitution “expressly prohibits discrimination on the basis of political beliefs.”

Garcia’s statement reinforced a dangerous narrative of violence and political bigotry. He claimed socialists could be shot, because they are “enemies of the free state.” He also made the bizarre claim that socialists were “everywhere” in Billings and infiltrating the government and schools. While Garcia’s remarks are startling, it’s worth examining how they are an outgrowth of a national narrative that’s being repeated in Montana.

Following the widespread media reports of Garcia’s violent  musings, the Montana Republican Party issued a critical statement. Montana GOP Executive Director Spenser Merwin said, “Under no circumstance is violence against someone with opposing political views acceptable.” The Republican leadership in the Montana House followed up by calling on Garcia to resign over his “inflammatory and deeply disturbing comments.”

“Your reckless and un-American remarks are beneath that of a public official and do not represent the values of the Republican Party, Montana House of Representatives or the people of our great state,” House Speaker Greg Hertz (R-Polson), Speaker Pro Tempore Wylie Galt (R-Martinsdale), and House Majority Leader Brad Tschida (R-Missoula) wrote in their letter.

Garcia responded by saying he would only resign “if God asked me to.” Garcia won’t return to the Montana House, but only because he has filed to run for the Montana Senate. Garcia said he would win his race, and that people questioning him were “going to have to eat their words.” He also claimed that many people were thanking him for his “shooting socialists” remarks. While Garcia’s statements are drawing condemnation and controversy, they are likely not the last of their kind this election cycle, as they follow all-too-common talking points that are targeting a so-called “socialist menace.”

Garcia basically combined two narratives circulating in some conservative circles. The first is that socialists are everywhere and need to be stopped. The second, building on the idea that socialists are enemies of the state, is that violence is a legitimate tactic to stop them. While clearly not views shared by all conservatives, Garcia no doubt had supporters of those views, which he mentioned in subsequent media interviews.

“Socialists” are the New Boogeyman

Socialism is a real economic philosophy that is generally proposed as a counter to unregulated capitalism. It advocates for government intervention in allocating and determining prices for goods and resources that are deemed as basic rights or necessities, such as education or healthcare. Across the country, the term is also currently being deployed as a derogatory political slur for progressives, social justice activists, liberals, Democrats, and pretty much anyone challenging the status quo and economic inequality.

This derogatory use of the term is not about a competition of ideas or debate over economic philosophies. It’s about dividing communities and perpetuating the Far Right’s culture war on America. The label is used to frame Republicans, conservatives, and corporations as “good, God-fearing, freedom-loving Americans” and anyone who questions them as enemies of the state. Similar to the current administration’s appeals to racism and xenophobia, the use of “socialist” as political slander echoes one of the worst periods of our country’s history – McCarthyism and the Red Scare.

The platform for the Montana Republican Party sounds the alarm about the “socialist agenda” of Democrats.

This targeting of “socialists” plays into what the Montana Human Rights Network has long called the “Far Right Ideological Construct.” The Construct discusses how the Far Right is based on conspiracies that a nefarious “other” is trying to undermine America. In this case, socialists are the other. The Construct also examines how the Far Right believes it has access to a higher truth, so its members are the only ones who really understand what is happening. The Far Right is also driven by dualism, which is the belief that there is an absolute right and wrong, good and bad, etc. In the current narrative, Garcia and others promoting the socialist conspiracy believe they have a direct line from God dictating their politics and are the only ones who understand, and can prevent, socialists from destroying the country. Finally, the Construct looks at how fear drives the Far Right, generally by claiming that the “other” is trying to take away or steal something. In the current narrative, “socialists” are viewed as trying to take away wealthy people’s money and destroy the American Dream’s opportunity to get rich.

The talking points that target and create fear of “socialists” start at the top. President Donald Trump has been banging this drum for quite some time, and it appears to be a main message for the 2020 elections. During his recent State of the Union Address, Trump encompassed the dualistic way that “socialist” charges are deployed. “Socialism destroys nations,” the president said. “But always remember, freedom unifies the soul.” Going back to MHRN’s Construct, the message is clear: Conservatives are good. Everyone else is bad. Conservatives know the truth about socialists, and everyone else is, at best, unaware or, at worst, a collaborator in a plot to destroy America.

These sentiments have been expressed repeatedly by Trump. The president talks about how people not on board with his efforts “HATE our country.” During a 2019 address to the United Nations, Trump said socialism is a “wrecker of nations and destroyer of societies.” In July 2019, he specifically brought race, anti-immigrant sentiment, and the socialist boogeyman together when he made headlines for attacking four Congresswomen. Trump told them to “go back” to their countries (all are American citizens) and claimed they endorsed socialism and hated the U.S. At the 2019 Conservative Political Action Conference, Trump rallied the right-wing audience by stating, “We believe in the American Dream, not in the socialist nightmare.”

As one media report put it:

“The denunciation of socialism and the attempt to tie the philosophy to Democrats is Trump’s and his campaign’s attempt to invert the argument that he is an extremist.”

Claims of rampant and dangerous “socialism” and “socialists” are the new code words for all perceived threats to conservative hegemony and a capitalist system that has benefited the wealthy. It’s not about a debate over economic or political philosophy. Instead, it’s the latest example of scapegoating and labeling someone as the “other” for the purposes of maintaining political power. The extensive repetition of this fear-based use of the socialist boogeyman has moved the slur into the mainstream, where it has been embraced by conservative media outlets, down-ticket Republican officials, and even some centrist Democrats.

The Socialist Threat is Decried in Montana

While Garcia’s remarks are abhorrent, he combined the vitriol of Trump’s language with the Montana Republican Party’s platform. The platform on the Montana GOP website contains the following language:

“WHEREAS, Republican solidarity in opposition to the Democrat [sic] socialist agenda is necessary to preserve the security of our country, our economic and political freedoms, and our way of life….”

A September 2019 poll found that 45% of Montana Republicans said their top concern was the advance of socialism. Officeholders and candidates on the Republican side of the aisle have followed the “socialist” scare tactics.

Early in 2019, U.S. Sen. Steve Daines (R-MT) backed Trump’s fearmongering, saying that socialism is at the center of “the battle right now for the heart and soul of this country.” Daines also came to the president’s defense when he faced criticism for his attack the four Congresswomen. Daines praised Trump for “exposing the radical leftist, anti-American, Socialist, pro-terrorism movement that is afoot right now in the United States House of Representatives.”

By July 2019, Daines had introduced a resolution condemning what he called the “failed experiment” of socialism. He said America had two possible paths – with one leading to “freedom,” while the other lead to “complete government control, undermining our constitution and our American way of life.” Parroting Trump’s talking points, Daines claimed a “radical, socialist, far-left movement is growing across this country,” and “it has taken root as the new voice of the Democratic Party.” On the Senate floor, Daines said America had a choice to make between freedom or socialism. “I choose freedom,” he said. 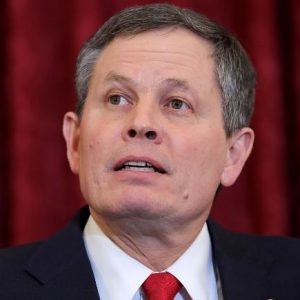 Daines is hardly the only Montana Republican to invoke the specter of socialism. Another example comes from current Secretary of State and candidate for the U.S. House Corey Stapleton. At the 2019 Montana GOP Conference, he told the audience that he wanted to help Trump fight socialism, which he said he wished had been eradicated by “bloody world wars.” Another U.S. House candidate, and current Montana Auditor, Matt Rosendale has shared on social media Trump’s tweets comparing Democrats to socialists.

Violence as a Political Tool

The fearmongering and portrayal of non-conservatives as “socialists” bent on destroying America permeates political discourse at the national and local levels. It helps explain the “socialist panic” of Garcia’s remarks. Additionally, when Garcia looks around, he sees colleagues reflecting back the idea that threats of violence are a political tool.

Just last month, the Missoula County Republican Central Committee posted a video of a singer performing a song called “Maybe I’ll Vote Democrat Again.” Along with homophobic and racist content, the song mentions lynching the Clintons and hanging Democrats for treason. Montana U.S. House member, and current gubernatorial candidate, Greg Gianforte is most widely known for assaulting a reporter. At the event where Garcia made his comments, former Congressman Ryan Zinke and other Republicans in the room didn’t condemn Garcia. Garcia may have been the messenger but using fear and violence as a political tool didn’t originate with him. The lack of objection by his peers to everything building to his comments gave him no indication that his positions wouldn’t be well received.

Violence is the Antithesis of Inclusive Democracy

It’s been reported that Montana House Republican leadership asked legislative staff what “additional leverage” it can use to remove Garcia from office. Montana House Republicans find themselves in a situation similar to their peers in Washington State, who have been dealing with what to do with a member of their caucus (Matt Shea) being deemed a domestic terrorist. Washington House Republicans have kicked Shea out of their Caucus for starters. A previous MHRN blog post noted Montana officeholders who attended an event featuring both Shea and a member of the Bundy Family.

The central problem here is that Garcia, and other voices in the Republican Party, use rhetoric that promotes the dehumanization and targeting of political opponents while advocating the use of violence as a political tool. Inclusive democracy doesn’t happen at the barrel of a gun, or while officeholders support shooting socialists and body slamming reporters. When the threat of violence enters our democratic process, it inherently scares people out engaging in their government, marginalizes and targets certain constituencies, and shuts down debate. Violent rhetoric only serves to divide our communities and make our political system increasingly toxic. Garcia’s comments, and everything that created his dangerous ideas, must be condemned in the strongest possible terms.