While the Jewish community in Whitefish and around the globe honor the beginning of Rosh Hashanah, the New Year, a few local businesses in downtown Whitefish report that anti-Semitic literature was dropped at their downtown stores on Monday night. 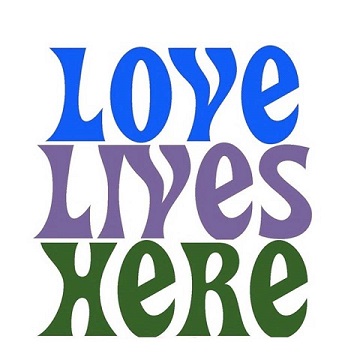 “The hate literature was not only offensive in relation to the Jewish holiday, but it is concerning as there is a recorded rise and mainstreaming of anti-Semitism in the United States, including the troll storm perpetrated from outside the community onto the Jewish people of Whitefish just two and a half years ago,” said Rachel Carroll Rivas of the Montana Human Rights Network.

Several times a year, the Montana Human Rights Network and its local affiliate Love Lives Here get reports when a few individuals have tried to intimidate local communities by secretly posting fliers in the middle of night that promote white nationalism. Hate literature was recently reported dropped on cars in Helena over the weekend as well.

“The good news in these awful situations is that concerned people are reporting these fliers immediately, which allows us to circle around the targeted communities right away. We want to help create a rapid, peaceful response when people attempt to stir up division and animosity in Whitefish,” said Cherilyn DeVries of Love Lives Here.

The fliers dropped in Whitefish this week included well-known white nationalist phrases and personas. These included code words like the number “88” standing for “Heil Hitler” and “14 Words” which represents a statement asserting white supremacy that was created by white nationalist David Lane. Lane, who is specifically named on the flier, died in prison while serving time for his actions with The Order, a domestic white nationalist terror group that tried to kick off a race war with a crime spree in the 1980s. The Order’s violence was partly responsible for growing attention to white nationalists by law enforcement in the 1990s.

“As a person of faith and life-long Montanan, it saddens me that some people feel compelled to spread hate or attempt to intimidate a group of people during their high holidays, let alone disregard our freedom of religion,” said Reverend Morie Adams-Griffin, a local pastor.


The City of Whitefish issued a separate statement from Mayor John Muhlfeld that said:

“We were made aware of the recent attempt at intimidation by hate messaging on flyers in our community. We emphatically denounce this rhetoric and stand united in support of our Jewish friends and neighbors, especially during their High Holy Days which began Sunday evening. Whitefish community values recognize and celebrate the dignity, diversity, and inclusion of all its inhabitants and visitors. We will continue to speak loudly to definitively show our furtherance of these values — the city made a formal proclamation in December 2016 and I will repeat it once again, ‘The City of Whitefish rejects racism and bigotry in all its forms and expressions. The City of Whitefish reiterates its commitment to the values…. honoring the inherent worth of all people regardless of race, creed, national origin, sex or sexual orientation. The City of Whitefish will continue to honor its responsibility to promote tolerance, nondiscrimination, and diversity within our community.'”

The Montana Human Rights Network is once again urging the community and law enforcement to pay attention to the danger these movements pose to community safety. While law enforcement data collection on white nationalist violent activists has expanded in recent decades, groups like the Montana Human Rights Network have been using community-based research throughout the state for 30 years, which helps them understand who is responsible for these types of divisive actions.

The Montana Human Rights Network has an online form where community members can report incidents of harassment and intimidation, including anti-Semitic and racist literature drops. The form can be accessed at: https://mhrn.org/reportingform. Local concerned persons are also encouraged to report via email to Love Lives Here at: info@loveliveshere.org