Anti-Semitism Has No Place in Strong Communities 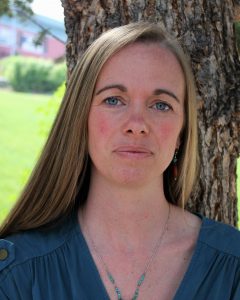 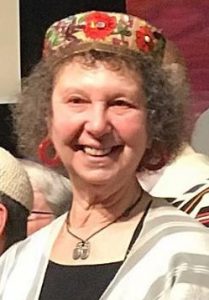 The ugly drumbeat of anti-Semitism is sounding once again, and we have an obligation to speak out. Four anti-Semitic leafleting incidents occurred in Missoula in the last few weeks. The leaflets repeat false conspiracy theories and common anti-Semitic attacks. Whatever their content, the effect is the same: they wrongly target Jewish people, evoke fear in the Jewish community, distress all communities targeted by white nationalists, and spread messages that falsely blame specific groups of people for the world’s problems. We condemn these wrong-headed acts of division and prejudice.

Let’s look at the facts: Missoula and Montana are not alone in experiencing a rise in anti-Semitism and other bias-based incidents. National statistics show that hate crimes increased a shocking 14% between 2017 and 2018 alone; targets included Jews, LGBTQ+ people, immigrants, and African-Americans. Anti-Semitism has emerged as neo-Nazis marching in Charlottesville, swastikas spray-painted on playgrounds, hate speech hurled at Jews in public, cemeteries desecrated, bomb threats targeting Jewish congregations and community centers, threats to well-known Jewish figures, leafleting, and the mass terrorist attack on the Tree of Life synagogue. We’ve got a problem, folks.

We need to recognize that anti-Semitism is based on falsehoods. No, Jews don’t control the world in a one-world-government scheme, an invention based on a fake document called the Protocols of the Elders of Zion that was sadly brought to the U.S. by Henry Ford. This is a toxic false trope that Jews or “globalists” are “puppet masters” controlling world affairs. No, Jewish religious practices don’t include harmful rituals. Yes, though it’s a mindboggling statistic, six million Jews were killed by the Nazis in the Holocaust. Yes, American Jews love our country and are enthusiastic participants in democracy.

In today’s political environment, anti-Semitism is a tool of white nationalism. White nationalism is a political movement that seeks to create a national identity out of “whiteness” and to remove people of color from “their” country and create a whites-only nation. White nationalists explain the empowerment of Black and brown people, who they deem inferior, as the result of a secret cabal that exerts mythological power to control television, banking, entertainment, education, and even Washington, D.C. For white nationalists, Jews comprise this secret cabal at the center. This is a ridiculous fantasy that minimizes how Black leaders like Dr. King, Rep. John Lewis, Ella Baker, and others fought and won victories because of their intelligence, hard work, and commitment.

Because modern anti-Semitism accuses Jews of invisible power, it thrives in places like Montana where our Jewish population is relatively small. And the same goes for other bias attacks. It is precisely because we are a state with relatively few people of color and non-Christians that we must join with targeted communities to support human rights.

Conspiracy theories offer simple answers to complex questions and divide the world into two camps – the manipulators and the manipulated, or those in the know and those who are ignorant. If we can undercut anti-Semitism and these conspiracies, we also lift up people of color, women, LGBTQ+ people, and issues like economic justice.

As Bard College’s Walter Russell Mead has put it:

We’d like to offer three suggestions for our fellow Jewish and non-Jewish Montanans. First, let’s reject the common anti-Semitic myths so we can engage in real problem solving and discussion, not conspiracy-based bluster. Second, let’s recognize that anti-Semitism is fuel for white nationalism, and thus, hurts us all. And third, we call on Montanans to fully be ourselves and to simultaneously welcome all of our neighbors. We will proudly express our religions, cultures, national origins, gender identities, sexual orientations, abilities, and ages, and every unique trait that makes us who we are, and we will celebrate that our fellow community members do the same.

Let us be grateful for the beautiful diversity of our friends and neighbors who shower us with love and support. Let’s hold each other up when we experience fear. And, let us act in community to support everyone targeted by white nationalists. We are strongest in a Montana built on all of our cultures, religions, and colors.

A version of this op-ed ran in the Missoulian.